This projection tries to avoid the Eurocentric image of the world, since the Mercator projection gives great space to the lands closest to the poles and therefore makes it seem much larger than they really are in northern Europe, Greenland, Russia and Canada.

I created a vector world map with Gall-Peters projection (using QGIS) and thought about including it in Maptorian. However, I have decided to postpone the incorporation to Maptorian until I clear up some problems with its use. If anyone needs a map with this type of projection, please contact me. 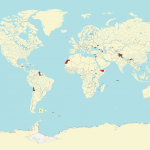 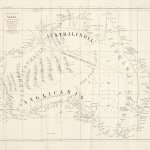 An imaginary inland sea in Australia