As every year, Maptorian is renewed with a revised edition. This new edition was supposed to be published in early 2020 but, as we all know, it has been a very complicated year. The delay in renewing the maps has led me to publish the 2021 edition directly, both because of the delay and because it is my desire to overcome the difficulties that 2020 is causing.

This new edition is the most detailed I have done so far. During the last months, I have introduced several improvements in the vector maps, some of them are detailed below:

I am considering the option of offering new map packs, but for the moment I have decided to keep the existing ones: the full edition, the lite edition, and the pack with physical vector maps. In addition, I have kept the price as it has been in the last months, without increases. Of course, any buyer of previous versions has the right to download the new version without additional costs (whoever is interested, please write to me to tell me about it).

The update is already published and the links activated. However, the task has been very complex, so I ask that, if any error is detected, you inform me to solve it as soon as possible. Thanks to all who support me in this mapping adventure! 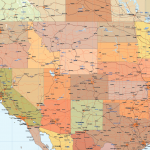